Carry an HD video recorder, small enough to fit in your pocket!

HD PVR Rocket is portable and USB bus powered. Record your best game play at gaming events or at your friends home. Simply plug a USB thumb drive into the slot on the front of the Rocket and you can start recording your game play from a PC game system, Sony PlayStation® 3 or 4, Wii U or Microsoft Xbox® One or 360. 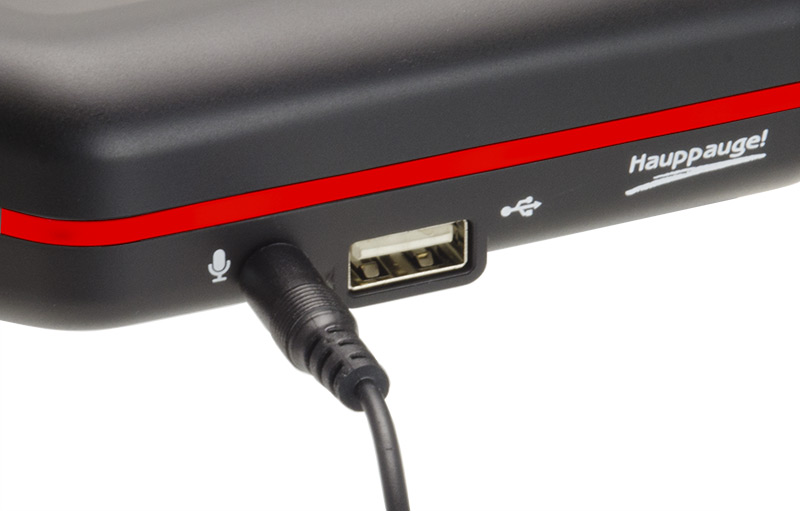 HD PVR Rocket has a build-in audio mixer, so you can record game commentary while you record your video game play. Simply plug a microphone into the mic jack on the front of the Rocket, and then use the mixer panel (conveniently mounted on top of the Rocket) to adjust the volume of your microphone before it's mixed with your game audio. Your recordings will have the audio from your game along with your game commentary!

When used stand alone, the Rocket records your videos to a USB thumb drive or an external USB disk drive. Simply plug a thumb drive into the connector mounted on the front of the Rocket, plug the USB power cable into a USB port on your game console, and start recording. Or plug a self powered USB hard disk into the Rocket's USB port and record up to 2 terabytes (TB) of video!

New! Now stream your game play with the Rocket

HD PVR Rocket also can be connected to your PC so your recordings can go directly to the disk drive inside your PC. Use the Hauppauge Capture application to record game play, trim your videos and upload them to YouTube. 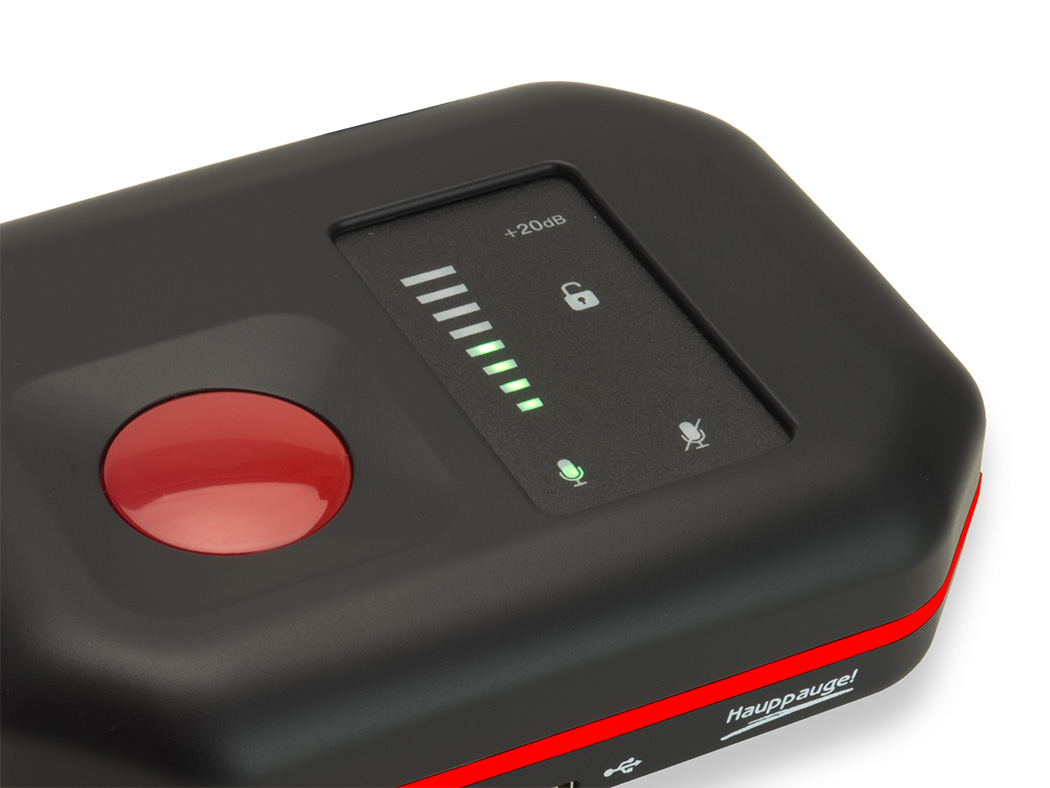 HD PVR Rocket can also be connected to your PC. Record your gameplay to your PC's disk drive for unlimited storage. And when PC connected, you can use FaceCam to add your webcam to your gameplay recordings. And stream your gameplay with Twitch or YouTube.

HD PVR Rocket records video at up to 1080p and can record from either HDMI (without HDCP protection) or Component Video.

New! Stream your gameplay with Twitch or YouTube with Hauppauge Capture and StreamEez. StreamEez provides hardware accelerated streaming for the best results!

Included in the box

Hauppauge Capture for the Rocket features: 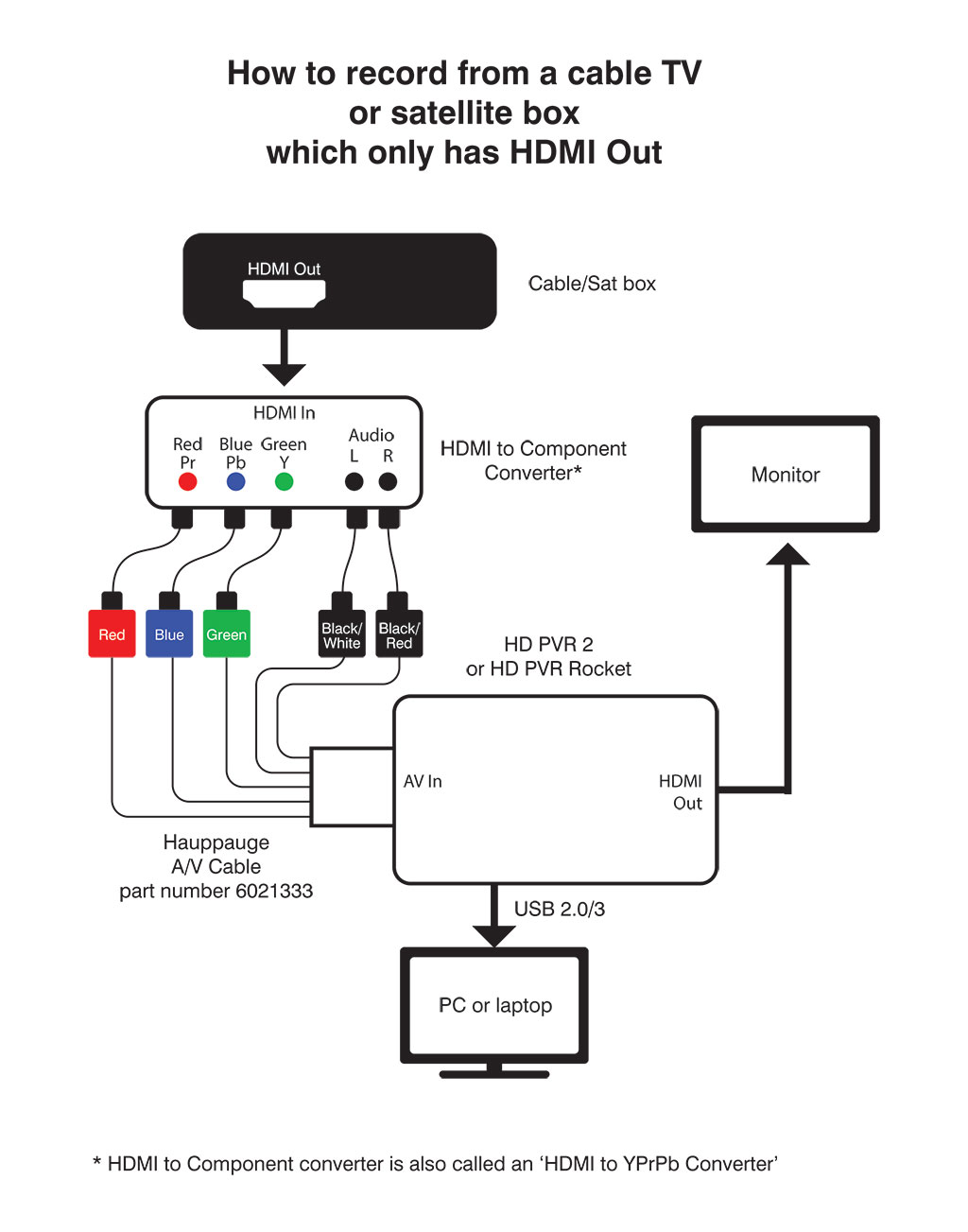 For use with cable boxes with HDMI only

What is the HD PVR Rocket?

The HD PVR Rocket is a high definition H.264 portable video recorder. The Rocket can record HD video either stand alone (to a USB thumb drive) or connected to a Windows PC. The Rocket can receive video from either HDMI or compenent video and will record up to 1080p30 onto an attached USB thumb drive. The Rocket is USB bus powered and can be powered by a USB port on your Xbox or Playstation game system. The Rocket has a built-in audio mixer which will take microphone audio and mix it with game audio so you can add game commentary to your game play recordings.

The Rocket can also be connected to a PC, which we call the 'PC connected mode'. In this mode, recordings are made to the hard disk inside your PC and the USB thumb drive is not used.

Do I need to connect the HD PVR Rocket to my PC to record?

No. The Rocket can be used either with or without a PC. When used standalone it records to a USB thumb drive which is plugged into the front of the Rocket.

When connected to a PC, you can use Hauppauge Capture to record, upload and stream. Recordings are made to your PCs hard disk drive.

When PC connected, settings such as the video and audio source is 'sticky' and will be used when standalone.

How can I change the recording bit rate in standalone mode?

What do the lights on the Rocket mean?

When Rocket is stand alone and recording to a USB thumb drive:

When Rocket is PC connected, and recording to your PC's disk drive:


Note: if the Blue light comes on and does not go off, you might need to connect BOTH ends of the USB cable (the red and black ends) to two USB ports on your PC. A blinking Blue light which does not go away means there is not enough power from one USB port and you should plug the second, black USB connector, in.

I made a stand alone recording and I found the recording was broken into two files. What did I do wrong?

You probably used a FAT32 formatted USB thumb drive. If you format your thum drives as NTFS, you can make one recording as large as your thumb drive.

Depending on what game you are on, I highly recommend you turn down game volume as well as sometimes voice chat can't be heard because the game volume is too loud. However I guarantee that there will be a way to turn down your audio setting on whatever game you are on. Make sure you make it loud enough to hear, but quiet enough to make the voice chat clear and easy to hear.

What kind of webcam can I use to make Facecam videos

Hauppauge Capture uses any webcam, either HD or standard definition, as long as it has a 'raw' YUV or YUY2 mode. MJPEG and other compressed formats are not used. Your webcam can be 4:3 or 16:9. Popular webcams include the Microsoft Lifecam HD-3000 plus, if you have a laptop, the built-in webcam.

Hauppauge Capture chooses the most suitable video mode supported by your webcam. You can set the size of the video, and the format (4:3 or 16:9) in the Settings menu of Hauppauge Capture.

The rocket can record any source with either component video out or HDMI without HDCP. Common examples are : Xbox One, PS4, PS3, Xbox 360, PC Graphics card, Cable or Satellite set top box (most times you would use Component video to record from a set top box).

What is the range of video resolution I can Capture?

Using Component Video, what is the highest Resolution/Frame Rate I can Capture with the Rocket?

Using Component video, the rocket can record up to 1080p at 30 frames per second.

Does the Rocket have No-Delay Passthrough?

Yes, the Rocket has a no delay pass-thru so you can see your game on your TV set and at the same time, record your game play.

What is the Red Button on the top of this device used for?

The red button is used to start and stop recordings while in standalone mode.

Where are my Recordings Saved?

While in standalone mode, recordings are saved on a USB flash drive which is plugged into the front of the Rocket.

When in the PC connected mode, recordings are saved to your PC's hard drive.

How long can my recordings be?

In standalone mode, recording length is only limited by the size of your USB thumb drive. For example, a 32Gb USB thumb drive can hold up to 8 hours of video.

Can I include my headset's Microphone Audio in my Recordings?

Yes. When the Rocket is used stand alone, you can plug your microphone or your headset's microphone into the 'Mic input' jack on the front of the Rocket. Then you can use the mixer panel on the top of Rocket to adjust your audio volume. In the stand alone mode, the recordings made onto the USB thumb drive have mixed game and microphone audio.

What is the highest Bit-Rate the Rocket can Record?

What Software should I use with the Rocket?

When used stand alone, the Rocket does not need any software to operate.

But the Rocket can also be connected to a PC so that you can record to the PC's disk drive. This is called 'PC connected mode of operation'. When PC connected, the Rocket works with our Hauppauge Capture software for recording and most third party editors for editing.

Why does the supplied USB Cable have two Connectors on one end?

You can plug both the black and red ends into two USB ports, which will provide more power to the Rocket and is useful with certain low power USB ports.

Can I record stand alone to an SSD drive?

You can plug an SSD drive into the Rocket's USB port, but the SSD drive needs to be 'self powered'. The Rocket on its own does not have enough power for the SSD.

What is the panel on the top of the Rocket used for?

Can I record my TV shows with the Rocket?

Yes. If you have a cable TV or satellite TV set top box with component video outputs, you can connect it to the Rocket using the supplied Hauppauge A/V Cable set. When using component video, you must use Hauppauge Capture and select 'Component Video' for video, and 'AV In' for audio.

You can also try to record TV shows from HDMI, but some shows have HDCP copy protection and cannot be recorded.

Does the Rocket come with a power supply?

No, the rocket is powered over USB. You can use a USB port on either your PC or game console. If you are trying to record a source without a USB port, you can use a standard USB power adapter as long as it is rated at 5v 1amp (minimum).

Can I use the Rocket to Stream?

Yes. The latest version of Hauppauge Capture includes StreamEez, for streaming with the Rocket to Twitch and YouTube.

I am using the microphone for audio input, but I am not getting any audio in my recordings?

To record audio from the Microphone input jack, there also must be some audio coming from either the HDMI or Component Video connectors on the back of the Rocket.

If your HDMI source does not have audio but you would like to record audio from the Microphone as your only source of audio, here is a work around: in Hauppauge Capture, select the audio source as 'AV In'. Even though you don't have an audio source connected to the Hauppauge AV connector on the back of the Rocket, this will allow audio to come from the Microphone jack.

Our tech support department made a video showing how to do this: https://www.youtube.com/watch?v=yo74kk4kuRI 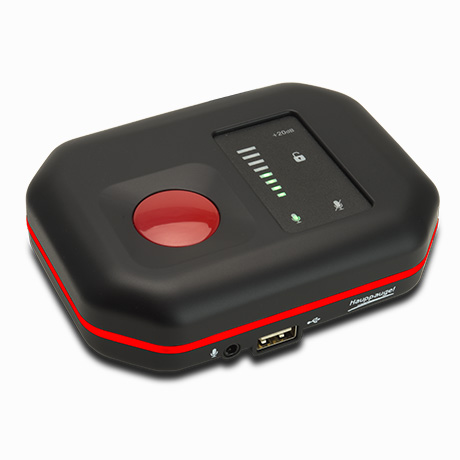 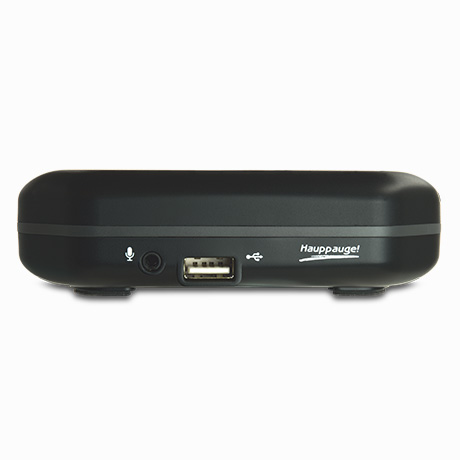 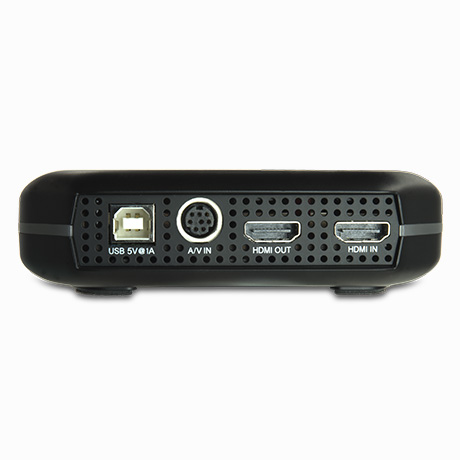